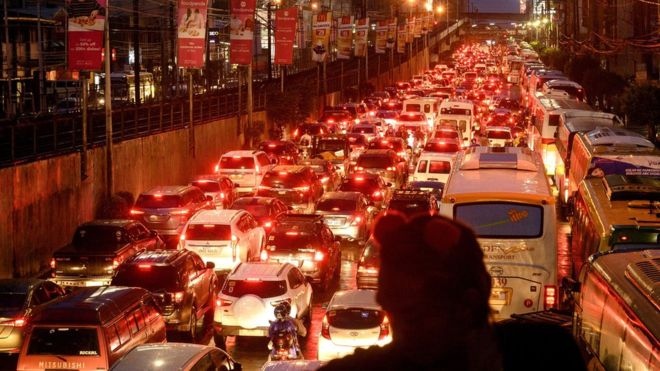 AKIPRESS.COM - The Filipino president's spokesman has been criticised for dismissing commuters' concerns in Manila - one of the world's most gridlocked cities.

But Salvador Panelo - Rodrigo Duterte's spokesman - told commuters if they wanted to arrive earlier, they should set off earlier.

That led to many frustrated Filipinos accusing Mr Panelo of being "out of touch with reality".

One resident told the BBC that it already took students three hours to reach class. The situation was worsened recently by three major train breakdowns.

And Mr Panelo's boss, President Duterte, was not spared from criticism, either.

His government recently bought an ex-US military plane for $39.9m (£32m) to use as his private jet.

The government said the jet, set to be delivered next year, would also be used by other senior officials and in crisis situations. But that didn't pacify some Filipinos.

"Manila traffic is getting worse and worse and [the administration] is rewarding themselves with junkets and jets. It's insane," said one tweet.