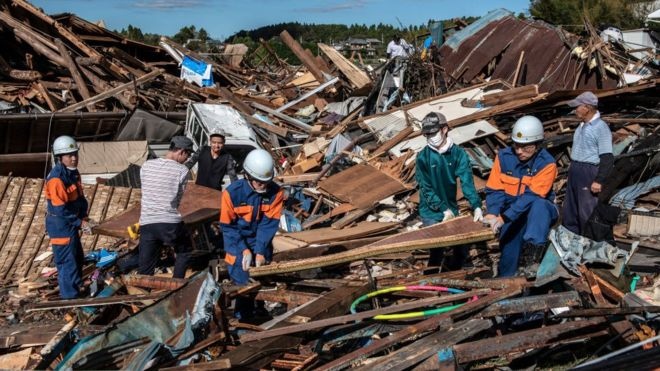 
The typhoon - the worst storm to hit the country in decades - has left at least 37 dead, with 20 missing.

Typhoon Hagibis also caused the cancellation of three Rugby World Cup matches but the key match between Japan and Scotland went ahead.

Japan won 28-21 to reach the quarter-finals for the first time.

"Everyone who is suffering with the typhoon, this game was all for you guys. The crowd was massive for us, and today was more than just a game," he said.