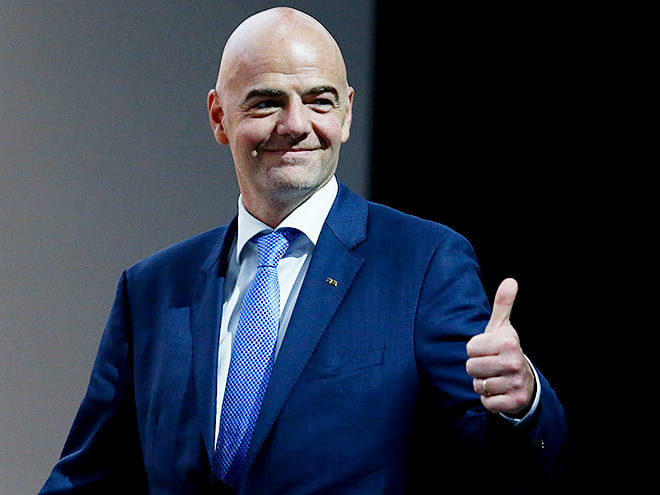 AKIPRESS.COM - The President of FIFA Gianni Infantino will arrive in Mongolia on October 16, 2019, which will be highlighted as a historic day in Mongolian football history, Montsame reports.


Gianni Infantino is arriving to Mongolia for the first time as President of FIFA at the invitation of President of Mongolian Football Federation (MFF) A.Ganbaatar which was given to him during A.Ganbaatar’s attendance to “FIFA BEST” Awards Ceremony. He visited to Mongolia in 2013 when he was serving as the Vice-President of Union of European Football Associations (UEFA) along with former President of UEFA Michelle Platini.

The purpose of his visit is to go over the progress of implementation of “FIFA Forward” Project, the operation of Mongolian Football Federation (MFF) and its vision. Moreover, he will pay a courtesy call on the President of Mongolia Kh.Battulga and exchange views on government support and contribution on football development in Mongolia.

One of the highlights of his visit is to attend the opening ceremony of a football field which was built in Shine Yarmag within the framework of “FIFA Forward” Project. In addition, he will attend the cocktail party to be held on the occasion of 60th anniversary of Mongolian Football Federation (MFF) together with council members and other representatives.

Gianni Infantino is being accompanied by 1998 FIFA World champion, 2000 UEFA Champion Youri Djorkaeff in the course of his visit to Mongolia.