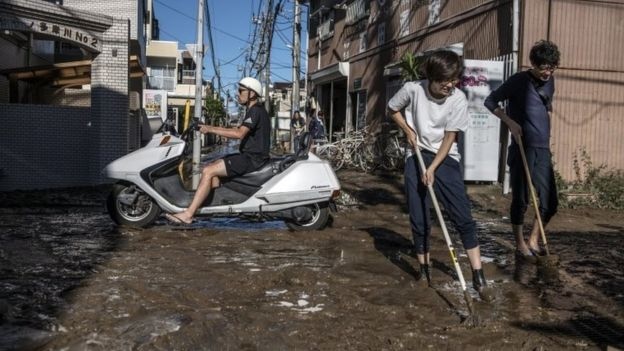 AKIPRESS.COM - The Japanese prime minister has said typhoon shelters "should be open to everyone" - after two homeless people were turned away during the country's worst storm in decades, BBC reported.

But when two homeless men tried to use a shelter in Tokyo, they were turned away as they did not have addresses.

The case has caused huge debate in Japan - with not everyone sympathetic.

As Hagibis took hold on Saturday morning, a 64-year-old homeless man went to a primary school, which was being used as an evacuation centre.

The school was in the Taito ward of Tokyo, which includes San'ya - an area historically home to many labourers, and now homeless people.

According to officials who spoke to the Asahi Shimbun, the man was asked to write his name and address. When he said he had no address, he was turned away.

"I told them that I have an address in Hokkaido [Japan's northern island, hundreds of miles from Tokyo], but they still denied me entry," he said.

The man said he instead spent the night under an umbrella beneath the eaves of a building.

"I wanted them to allow me into the facility because the wind was strong and it was raining," he said.

Another homeless man was turned away later that afternoon.