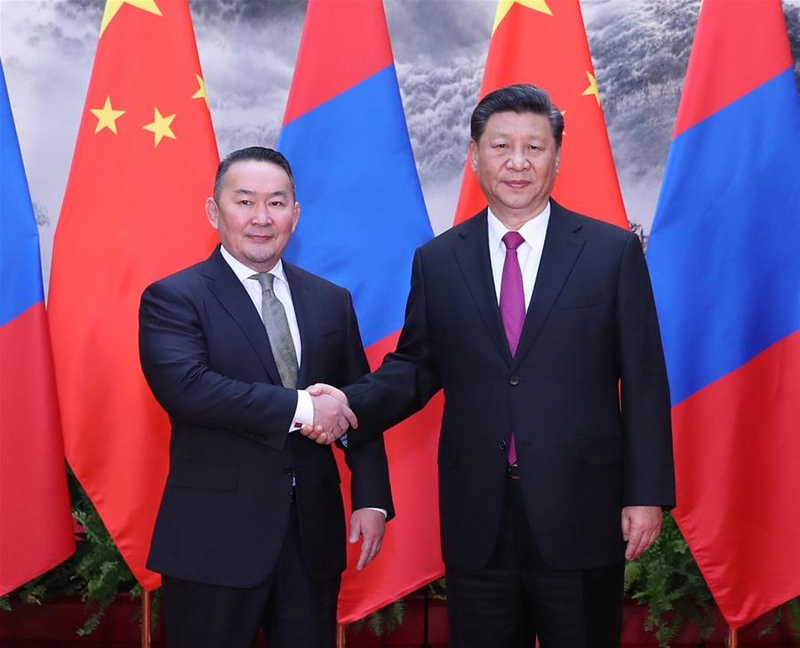 AKIPRESS.COM - On October 16, 2019, President Xi Jinping exchanged congratulatory messages with President Khaltmaa Battulga of Mongolia on the 70th anniversary of the establishment of diplomatic relations, the Foreign Ministry of China said.


In his message, Xi Jinping said, China and Mongolia are friendly neighbors linked by mountains and rivers, and Mongolia was among the first to establish diplomatic relations with the People's Republic of China.

In his congratulatory message, Khaltmaa Battulga said, at this important historical moment of the 70th anniversary of the establishment of diplomatic relations, both sides have summarized the achievements of the 70-year exchanges, and made high-level discussion and plans about future cooperation in a long-term direction.

On the same day, Premier Li Keqiang also exchanged congratulatory messages with Mongolian Prime Minister Ukhnaagiin Khürelsükh. In his message, Li Keqiang said, under the new circumstances, the Chinese side is ready to work with the Mongolian side to jointly lead bilateral relations to keep marching forward, so as to bring more benefits to the two countries and peoples. Ukhnaagiin Khürelsükh said in his message that the Mongolian side is willing to constantly enrich the contents of bilateral relations with the Chinese side, strengthen bilateral cooperation in international and regional affairs, and enhance the friendly relations between peoples of the two countries.