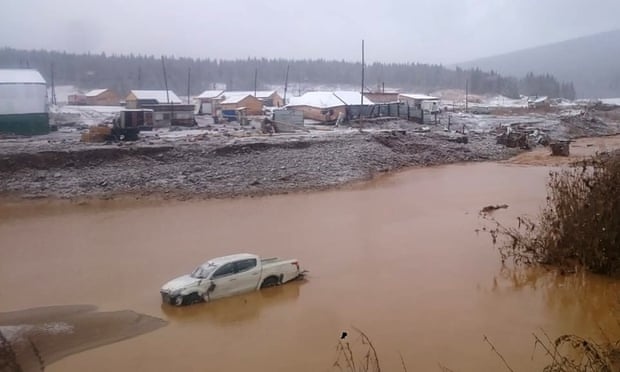 AKIPRESS.COM - At least 15 gold miners were killed when a dam collapsed, flooding a mining encampment in a remote part of Siberia.


Heavy rains weakened the dam and water broke through, sweeping away several cabins where the miners lived, about 100 miles south of the city of Krasnoyarsk, The Guardian reports.

President Vladimir Putin ordered all necessary measures to be taken to help those affected, identify the cause of the disaster and prevent any impact on a nearby residential area, Interfax quoted Kremlin spokesman Dmitry Peskov as saying.

Krasnoyarsk officials said water released by the dam partially flooded two dormitories of the rotational camp in which 74 people lived, adding that 13 people were still missing.

A Russian investigative committee said it had launched a criminal investigation into violation of safety rules at the gold mining spot, while local authorities said the collapsed dam was not registered by official bodies.