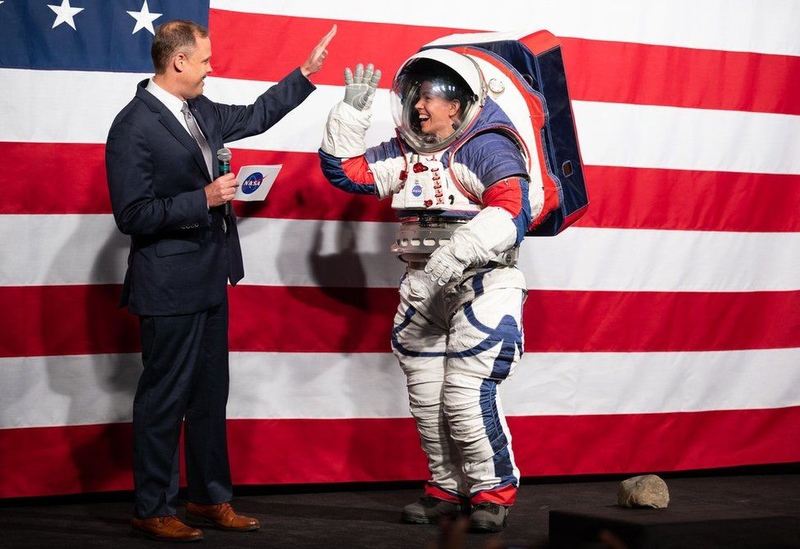 AKIPRESS.COM - The US space agency has unveiled the prototype for a new spacesuit that could be worn by the next astronauts on the Moon, BBC reports.

The xEMU prototype suit looks similar to ones used at the International Space Station.

But Nasa said it had been improved for comfort, fit and mobility on the Moon.

Mr Bridenstine also presented the Orion Crew Survival System, an orange flight suit with helmet that will be worn by crews in the Orion spacecraft for launch and re-entry.

Orion is the replacement for the space shuttle, but, unlike that system, it's designed to carry astronauts to the Moon and other targets in deep space.