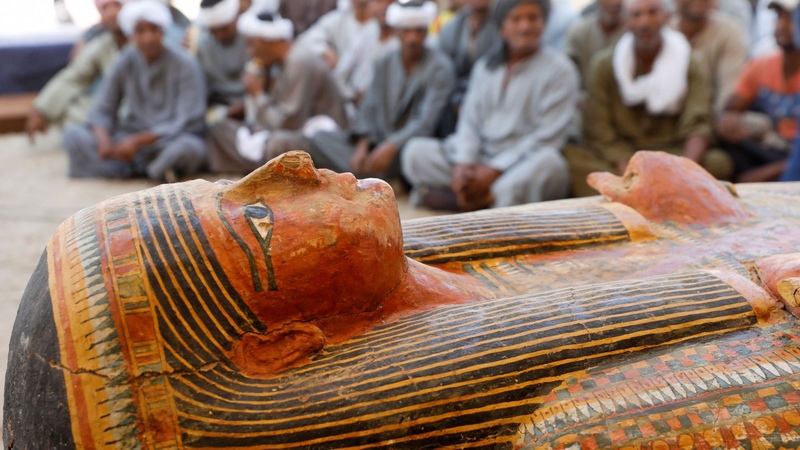 AKIPRESS.COM - Details of 30 ancient wooden coffins recently discovered in the Egyptian city of Luxor have been revealed by the country's antiquities authority, Sky News reports.


The coffins were for men, women and children from the 22nd dynasty (945 BC-715 BC), and had been collected and hidden by a priest for fear of being looted.

Mostafa Waziri, secretary general of the Supreme Council of Antiquities, said the coffins, with inscriptions and paintings, were found in the Asasif Necropolis on the River Nile's west bank near Luxor.

The coffins are in two layers, with the ones on top across those below.

Officials described it as one of the "biggest and most important" discoveries in recent years.