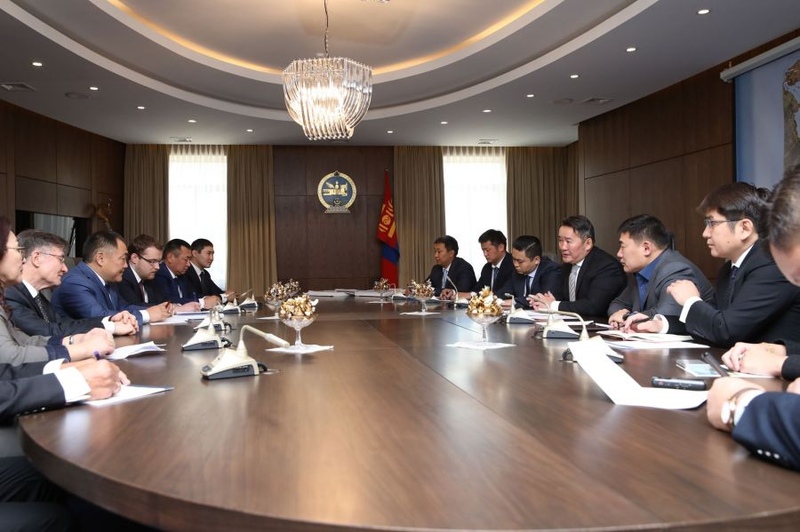 
At the meeting, President Battulga emphasized that the visit of the Head of Tuva to Mongolia and his familiarization with the regional situation will play an important role in strengthening cross-border and inter-regional relationships between Mongolia and Russia.

The sides discussed a wide range of topics, including agriculture, cultural and humanitarian exchanges, citizen-to-citizen relationships, economic ties, and air transport, and exchanged views in detail about working actively on the Mongolia-Russia-China Economic Corridor Establishment Program.

Mr. Sholban Kara-ool noted that the ‘Kuragino-Kyzyl railway line’ railway construction project is among the projects being implemented by the Government of Russia and both sides agreed that it will make actual contributions to the development of far western Mongolia and Russia’s farthest regions /Tuva/. Therefore, the Mongolia President expressed hope that the two sides will engage in active cooperation as that project is boosting the construction of the ‘Northern’ corridor reflected in Mongolia-Russia-China Economic Corridor Establishment Program and as the sides share the same interest in that regard.

At the end of the meeting, the sides agreed on establishing a joint working group on the issues discussed and decided to maintain close cooperation at all levels.