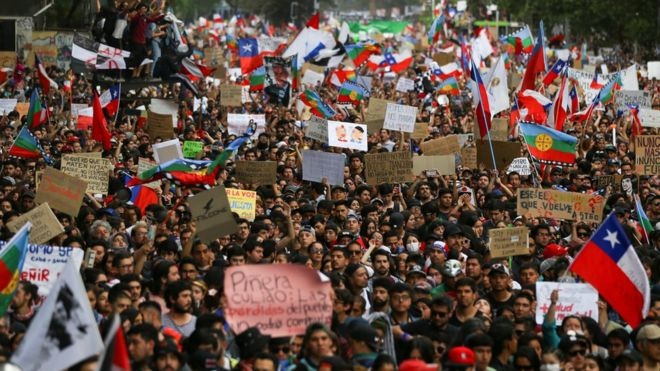 AKIPRESS.COM - An estimated one million people have joined a peaceful protest march in Chile's capital, calling on the government to tackle inequality, BBC reports.


Participants walked for miles around the city, banging pots, waving flags and calling for reform.

Santiago's governor said it was a "historic" moment for the country, which has seen days of protests.

President Sebastián Piñera said the government had "heard the message".

"We have all changed. Today's joyful and peaceful march, in which Chileans have asked for a more just and unified Chile, opens hopeful paths into the future," he wrote on Twitter.

Earlier on Friday, politicians and officials had to be escorted out of the Congress building in the city of Valparaiso, after anti-government activists tried to force their way in.