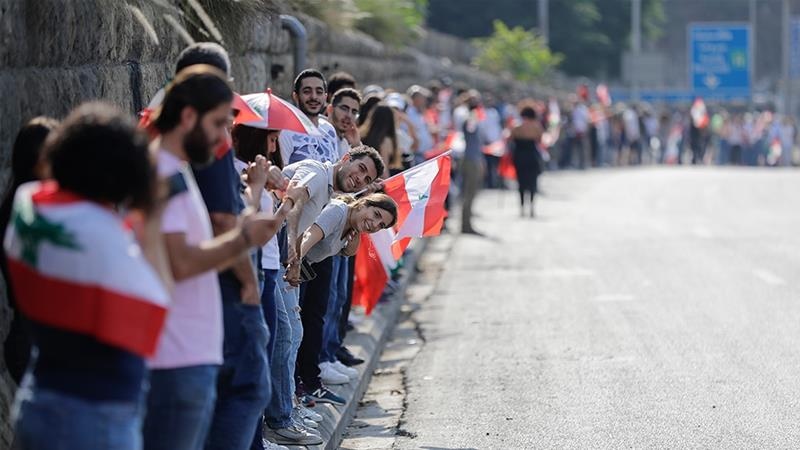 AKIPRESS.COM - Tens of thousands of Lebanese protesters joined hands in an attempt to form a human chain across the country from Tripoli in the north to Tyre in the south, BBC reported.


Organisers have said the attempt to create a chain 170km (105 miles) long was successful.

It marked the eleventh day of anti-government protests which began on 17 October.

People have been demonstrating against the handling of a severe economic crisis, and there have been clashes with security forces.