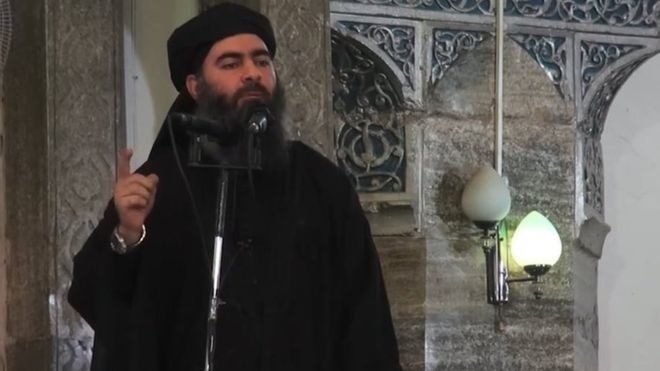 AKIPRESS.COM - The remains of ISIS leader and founder Abu Bakr al-Baghdadi were buried at sea after he was killed during the U.S. military raid that targeted his compound in northwest Syria over the weekend, a U.S. official confirmed to ABC News.


Authorities said the procedure was similar to the one used to dispose of the remains of al-Qaeda founder Osama bin Laden.

The U.S. government apparently decided it was risky to bury him in the ground, lest it become a shrine to the world's best-known terrorist.

In 2011, Bin Laden's body was taken to the U.S.S. Carl Vinson, a U.S. aircraft carrier in the North Arabian Sea, according to officials. His body was washed and wrapped as prescribed by Islamic law. A military officer read religious remarks that were translated by a native Arabic speaker before bin Laden's remains were sent into the deep.

On Monday, Mark Milley, chairman of the Joint Chiefs of Staff, told reporters the "disposal of his remains" is "complete and was handled appropriately" following additional DNA identification that took place at a secure facility.