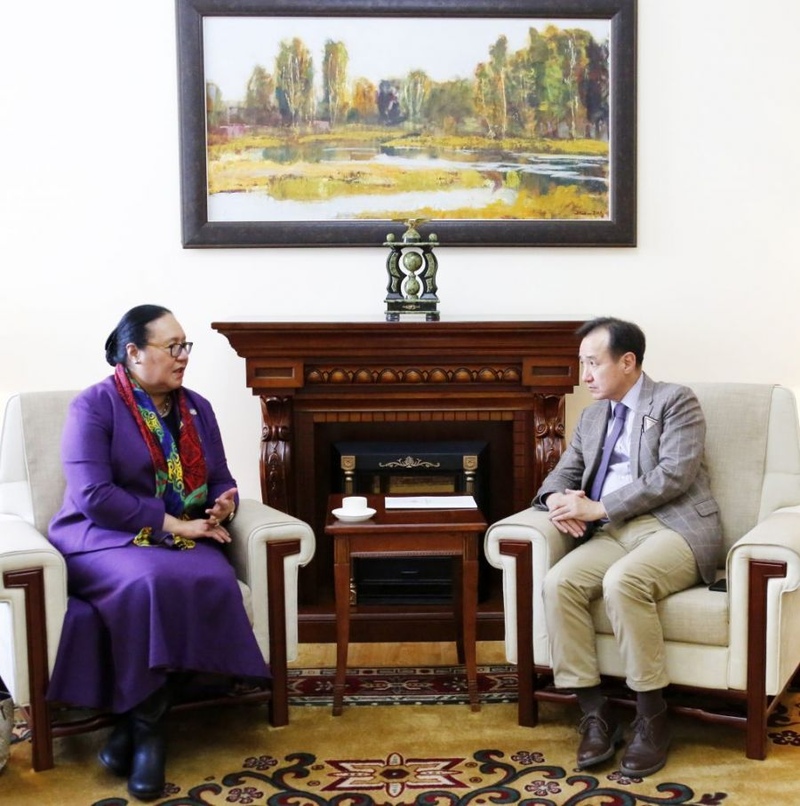 
Extending his gratitude for consistent support and cooperation with Mongolia for launching the International Think Tank for Landlocked Developing Countries, (LLDCs) Minister D.Tsogtbaatar noted the importance of support provided from the United Nations for strengthening the activities of the Think Tank for LLDCs.

High Representative Fekitamoeloa Katoa ‘Utoikamanu thanked for Mongolia hosting an international conference on Best Practices in Corridor Development and Management for the Benefit of LLDCs and Transit Countries on October 29-30 in Ulaanbaatar while mentioning that the conference is of significance as being held prior to upcoming Midterm Review Vienna Programme of action for Landlocked Developing Countries on December 5-6 in New York.

The aforementioned conference is deemed to contribute to tackling transit-related, infrastructural and other challenges faced by landlocked countries such as remoteness from major markets and difficult topography, as well as poor infrastructure, inefficient logistics systems and weak institutions compound the adverse effects of geography, leading to high trade transaction costs.