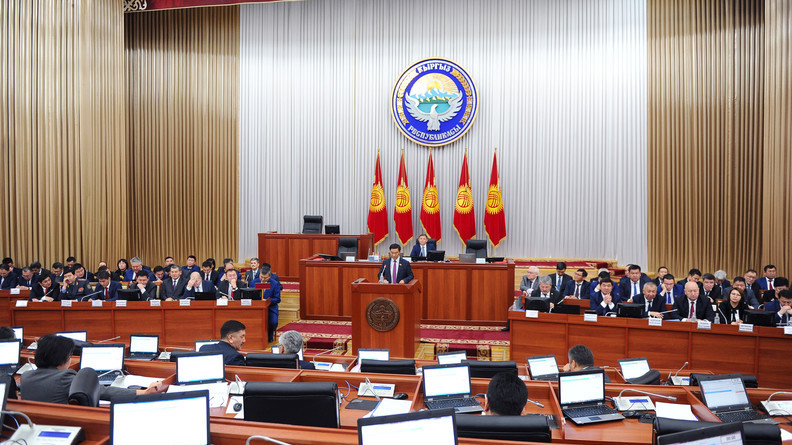 AKIPRESS.COM - The Human Rights Watch urged the Parliament of Kyrgyzstan to reject draft amendments to the trade union law when they are presented for a third reading as they would severely inhibit independent trade union organizing and violate international labor treaties to which Kyrgyzstan is a party.

The draft amendments would require industry and regional trade unions to join a higher-tier national confederation, the Kyrgyzstan Federation of Trade Unions. The federation, which would be the only union recognized by the federal government, would have the authority to approve charters and other activities of lower-tier unions, severely limiting their ability to operate independently.

“This law would cripple independent trade unions in Kyrgyzstan, undermining workers’ right to organize,” said Laura Mills, Europe and Central Asia researcher at Human Rights Watch. “Kyrgyzstan should be protecting and facilitating freedom of association, not finding ways to undermine it.”

On October 3, 2019, parliament passed the bill in a second reading by 84 out of 120 votes. The time of the third and final vote is not confirmed. If adopted, the bill would be sent to President Sooronbai Jeenbekov for approval.

The International Labour Organization (ILO), of which Kyrgyzstan has been a member since 1992, said the law would create a “monopoly” on union organizing, and urged lawmakers to revise the bill to maintain “trade union diversity.” It said the draft violates key international conventions on freedom of association: Convention 87 on Freedom of Association and Protection of the Right to Organize, and Convention 98 on the Right to Organize and Collective Bargaining. Kyrgyzstan is a party to both conventions.

The independent Kyrgyzstan legal clinic Adilet analyzed the law and also concluded that it would effectively grant “monopoly rights” over union activity to the federation.

IndustriALL Global Union, which represents industrial workers in more than 140 countries, including Kyrgyzstan, said the bill “threatens the existence of independent trade unions in the country.”

If the law is passed, unions would be given six months to rewrite their charters to comply with the law. If they fail to do so they could be dissolved by court order, and the trade union’s property would automatically transfer to the Federation.

The law would also strengthen the authority of the Federation of Trade Unions chairperson. It would become nearly impossible for members to remove the chairperson, even with a vote of no confidence.

Although the draft passed after the second vote includes a new clause on “independent unions” that would not legally be required to affiliate with the Federation of Trade Unions, experts said that this revision does not address the draft law’s failure to respect labor standards. Defined as lowest-tier local or company unions because of their small size, these “independent” unions would not have the key capacities of trade unions or protections as envisaged under international labor standards.

Aspects of the law, such as the mandatory affiliation requirement, closely resemble a trade union law passed in neighboring Kazakhstan in 2014. The ILO has repeatedly criticized that law, as well as the authorities’ related crackdown on independent union activists.

“This new law would critically undermine trade unions, which are key to defending workers’ rights and interests in the workplace,” Mills said. “Kyrgyzstan’s parliament should show its commitment to fundamental human rights and freedoms by rejecting this bill in its current form.”