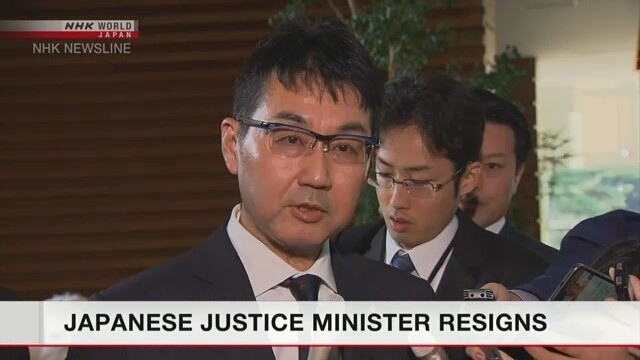 AKIPRESS.COM - Japanese Justice Minister Katsuyuki Kawai resigned on Thursday following media reports of election irregularities by his wife, who is a ruling party lawmaker, becoming the second cabinet minister to step down in less than a week.

Kawai told reporters he had offered his resignation and Prime Minister Shinzo Abe had accepted it, Reuters reported.

Kawai said he was stepping down to avoid harm to public trust in the justice system and would be looking into allegations against his wife’s campaign.