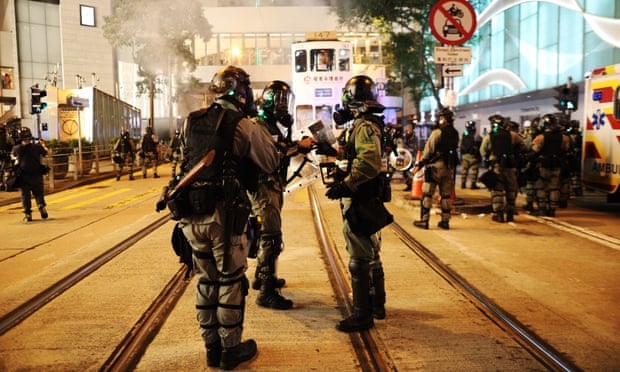 AKIPRESS.COM - Hong Kong has plunged into deep recession after its economy was hit by a double whammy of violent street protests and the US-China trade war, The Guardian reports.

Activity contracted by 3.2% in the three months to September as a loss of exports was compounded by a collapse in consumer spending and a loss of revenue from tourists.

Analysts said the third-quarter contraction – which followed a 0.5% drop in gross domestic product in the three months to June – would be the start of a prolonged slump that would cause permanent damage to Hong Kong’s reputation as a place to do business.

Two consecutive quarters of negative growth constitute a technical recession, but Iris Pang, China economist with ING bank, said the falls in GDP would continue throughout 2020. “That’s a real recession, not just a technical one,” she said.

Protracted anti-government street protests have seen tourist arrivals to Hong Kong drop by a third, and with shops shuttered and roads blocked, retail sales have plummeted. Business confidence has been affected and investment has dried up.