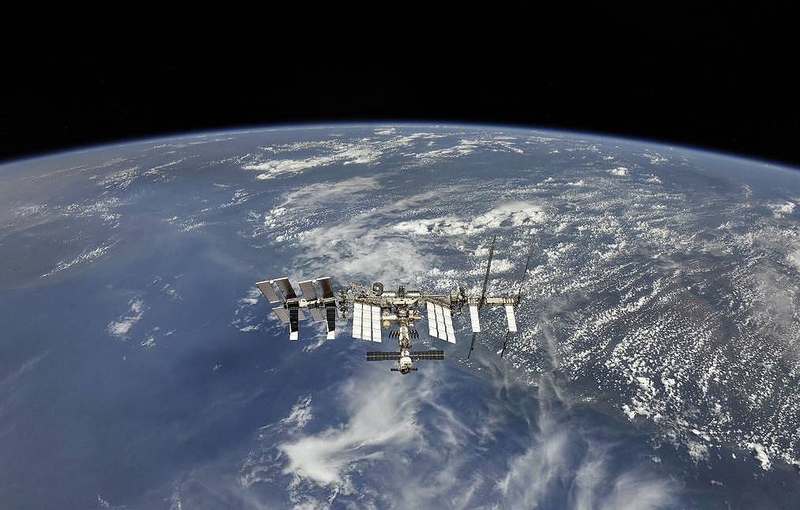 AKIPRESS.COM - Specialists of Russia’s Mission Control Center will carry out a maneuver on November 8 to raise by 800 meters the average altitude of the International Space Station (ISS), the Central Research Institute of Machine-Building (TsNIIMash) told TASS on Friday.

"The orbit adjustment is scheduled for November 8, the maneuver will be carried out with the use of Zvezda module engines," it said. The engines are to be switched on at 01:40 Moscow time and will be operating for about seven minutes, the press service informed.

According to the research institute, the average altitude of the ISS will be raised by 800 meters to 416.6 kilometers.

Russia’s Progress MS-12 unmanned resupply spacecraft, which has been part of the International Space Station (ISS) since July 31, will undock from the station on November 29 to be de-orbited on the same day. It will be ditched in the non-navigational area of the Pacific Ocean. The exact time of the de-orbiting maneuver is yet unknown.

The launch of a Progress MS-13 resupply ship has been rescheduled for December 1. The Progress MS-13 will be launched atop a Soyuz-2.1a carrier rocket from the Baikonur Cosmodrome in Kazakhstan.

The previous maneuver to adjust the orbit took place on September 14, when the average altitude of the station was raised by 1.05 kilometers. The aim was to create ballistic conditions for the landing of the manned spacecraft Soyuz MS-12 on October 3.