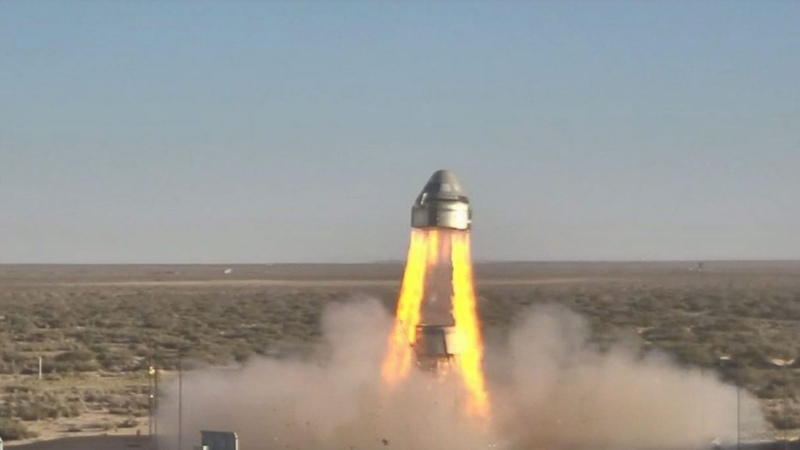 AKIPRESS.COM - Boeing’s Starliner capsule that will eventually take astronauts into space completed a key abort test Monday when it soared for almost a mile before parachuting back into the New Mexico desert.

No astronauts were on board the capsule for Monday morning’s test of the crew abort system, just a test dummy. The abort system will provide a fast getaway for the three astronauts if there's an emergency on the Florida pad or in flight, Fox News said.

Boeing plans to launch the Starliner to the International Space Station next month without a crew. The Starliner capsule will be launched atop a United Launch Alliance Atlas V rocket.

“[Boeing Space's] Starliner spacecraft soared through a critical safety milestone in a major test of its launch abort system this morning. Lots of data analysis ahead, but we are one big step closer to flights with crew!” tweeted NASA.