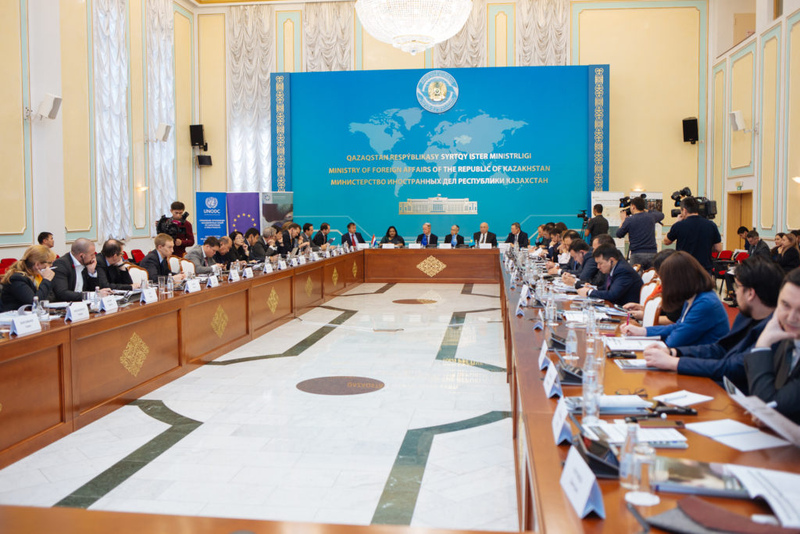 AKIPRESS.COM - Kazakhstan has joined the Global United Nations programme on Supporting the Management of Violent Extremist Prisoners and the Prevention of Radicalisation to Violence in Prisons along with Tunisia and Uganda, The Astana Times reports as the UN Office on Drugs and Crime (UNODC) in Kazakhstan saying.

UNODC Resident Representative Ashita Mittal said at the Oct. 30 meeting on Development of Criminal Policy Framework on Countering Violent Extremism and Terrorism in Kazakhstan in Nur-Sultan that the UNODC stands ready to provide technical support in the screening and prosecution, rehabilitation and reintegration of individuals suspected or convicted of committing terrorist acts, including foreign terrorist fighters and persons associated with terrorist groups.

More than 50 representatives of state bodies, civil society organisations, international partners and criminal justice practitioners from Central Asia, Germany and Spain took part in the event. The participants discussed existing practice and challenges for the development of prosecution, rehabilitation and reintegration strategies for prisoners in Kazakhstan.

Earlier this year, the Kazakh Ministry of Internal Affairs and UNODC signed the country work plan for the implementation of the global initiative in 2019-2021.

The delegation of the EU, the UN and the Netherlands visited two pilot male and female prison facilities in the Karaganda Region Nov. 1.