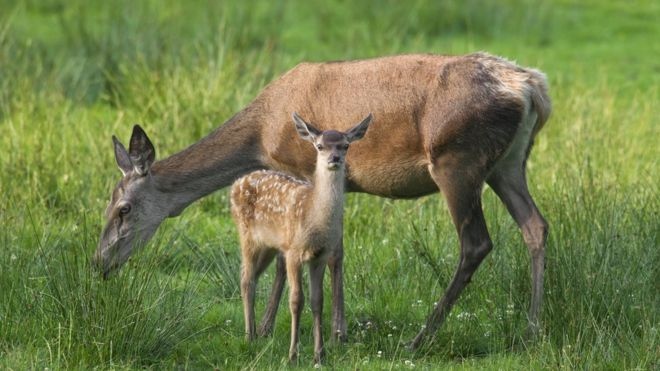 AKIPRESS.COM - Red deer in the Highlands are evolving because of climate change, a 45-year study has found.

Scientists say they have seen genetic changes in birth patterns of deer on the Isle of Rum, BBC reports.

Not only do warmer temperatures encourage deer to give birth earlier in the year, it has also meant the gene for breeding earlier has become more common among Rum deer.

Researchers said it was "rare" to see evolution over such a short period.

Previous studies have shown that the deer have been giving birth earlier since the 1980s, at a rate of about three days per decade.

This is partly due to the effects of warmer temperatures on the deer's behaviour and physiology.

Now researchers are saying that the deer who give birth earlier have more calves over their lifetime - which means they have more reproductive success.

The gene which causes earlier birth is therefore much more common among the Rum deer population over time.

This is an example of natural selection, the theory of evolution developed by Charles Darwin.