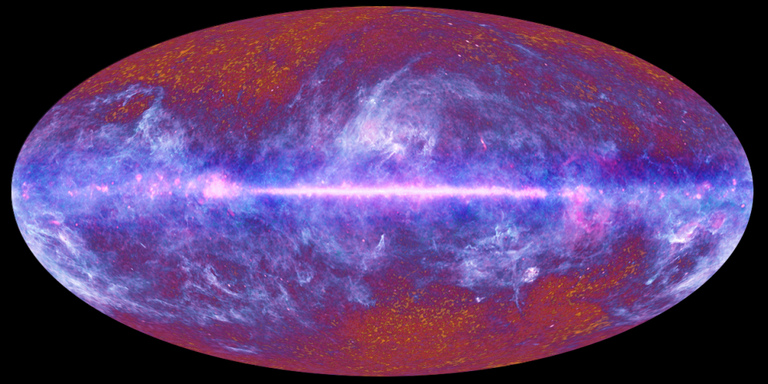 AKIPRESS.COM - Imagine jetting out into the universe. You sail past Mars, Neptune, and Pluto, far out past the milky way and into the frothy nothingness of space. What might you find if you travelled far enough?

Well, you might actually end up right back where you started, popularmechanics.com reports.

There's a small chance the universe may actually be a big loop, a team of researchers report in a new paper published in Nature Astronomy. The scientists—University of Manchester cosmologist Eleonora Di Valentino, Sapienza University of Rome cosmologist Alessandro Melchiorri, and Johns Hopkins University cosmologist Joseph Silk—reanalyzed data from cosmic background radiation—the oldest observable stuff in the universe and left over signals from the Big Bang—and found a puzzling anomaly.

A review of data from the European Space Agency’s Planck Experiment revealed significantly more instances of gravitational lensing of the microwave light that makes up cosmic background radiation than expected. This is particularly puzzling, because scientists aren’t currently able to explain how gravity would be able to bend this much microwave light.

To account for the discrepancy in their calculations, the scientists added a variable, called A_lens, to their model of the universe. But that variable comes out of left field and is difficult to reconcile with known parameters such as Einstein’s theory of general relativity, the scientists admit. And here’s the thing: According to Live Science, the team reached its conclusion with a standard deviation of 3.5 sigma, far below the 5 sigma confidence interval that physicists rely on in order to confirm a theory.