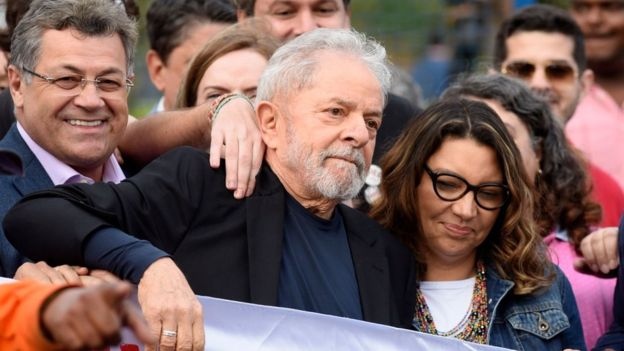 The left-wing former leader, known as Lula, was greeted with rapturous applause from crowds of supporters as he walked out of the jail on Friday.

He was held in a prison in the city of Curitiba on corruption charges.

A judge ordered his release after a Supreme Court ruling that defendants should only be imprisoned if they have exhausted their appeal options.

Lula is one of several thousand convicts who could benefit from the ruling.

The 74-year-old ex-president, who led Brazil between 2003 and 2010, is seen as a leftist icon in the country. As he left the prison, he pumped his fist in the air as a victory sign.