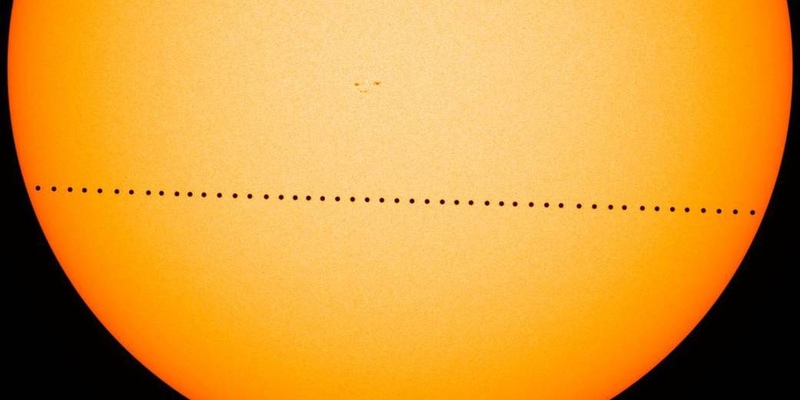 AKIPRESS.COM - On Monday, November 11, the planet Mercury will pass directly between Earth and the Sun in an event that won’t happen again for another thirteen years. During this transit, Mercury will be visible as a tiny pinprick of darkness against the Sun’s surface.

This transit will start at 7:35 AM ET and will last for about five and a half hours, giving people plenty of time to check in on the planet’s progress. Weather permitting, people in South America and eastern North America will have the best view of the entire transit, but other parts of the world, including western North America, Europe and Africa will be able to catch up on at least part of the action, The Verge reports.

The last time Mercury transited the Sun was in May 2016, when astronomers managed to capture some incredibly crisp footage — and gorgeous pictures— of the event.

This particular event is a big deal for astronomy enthusiasts. Mercury won’t make another transit until 2032, when it will be viewable in most of Asia, Europe, Africa, Australia, and South America. People in North America will have an even longer wait — the next Mercury transit visible there won’t happen until 2049.