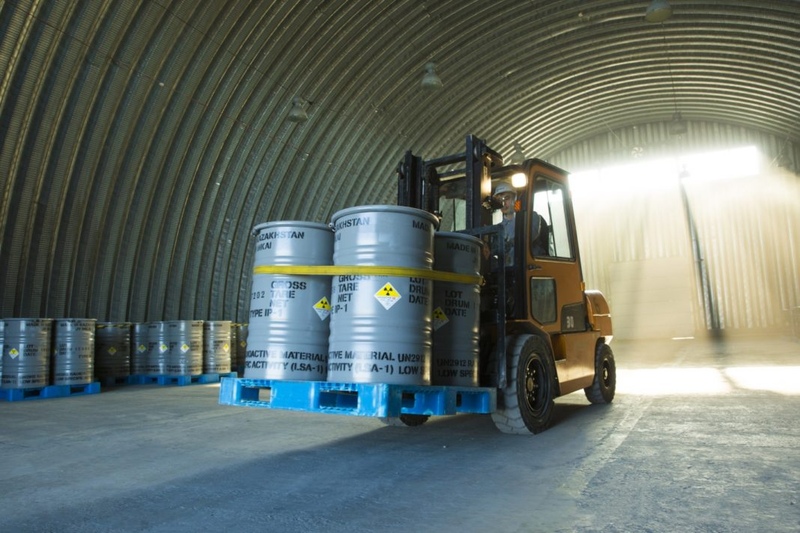 AKIPRESS.COM - The volume of uranium mining in Kazakhstan during ten months of this year increased by 5% and amounted to 18.7 thousand tonnes, the New Europe  reports with reference to the Energy Ministry.

“The volume of uranium mining amounted to about 18.7 thousand tonnes with an increase of 5% compared to the same period in 2018,” the ministry said.

According to ministry, uranium production in Kazakhstan in January-October 2018 reached 17.8 thousand tonnes.

Kazatomprom is the national operator of Kazakhstan for the export of uranium and its compounds, rare metals, nuclear fuel for nuclear power plants and special equipment. The Samruk-Kazyna State Fund owns 81.2% of Kazatomprom shares, 18.8% is freely traded on the Astana International Financial Center (AIX) and the London Stock Exchange (LSE).