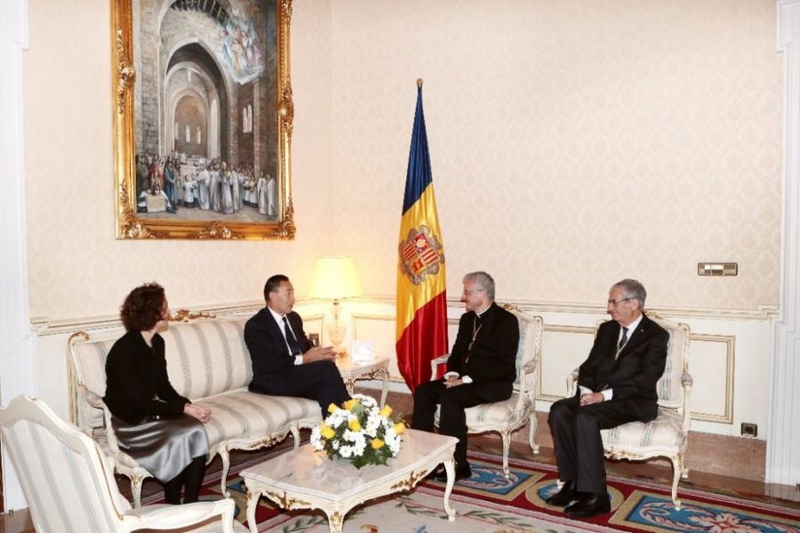 AKIPRESS.COM - Non-Resident Ambassador of Mongolia to the Principality of Andorra A.Battur presented his diplomatic credentials to Co-Prince of Andorra and Bishop of Urgell Joan-Enric Vives i Sicília, Montsame reported.

In connection with his presentation of credentials, Ambassador A.Battur was received by Minister of Foreign Affairs of Andorra Maria Ubach i Font to discuss development of economic, tourism and cultural cooperation of Mongolia and Andorra.

Mongolia and the Principality of Andorra established diplomatic ties on 21 November 2011.