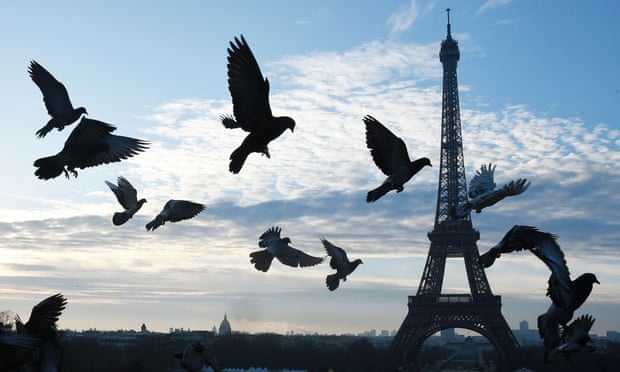 AKIPRESS.COM - For a long time scientists thought the fact that pigeons in urban environments often lost their toes was due to some form of infection, or was a reaction to chemical pollutants.

The team from the National Museum of Natural History and the University of Lyon recorded the occurrence and extent of toe mutilations from pigeons eking out their time in 46 sites across Paris, The Guardians report.

They found that human pollution likely played a part in nearly all cases of missing toes and that pigeons living in areas with higher rates of air and noise pollution tended to have fewer digits than those that lived in leafier environs.

Perhaps most strikingly, the team noticed that toe mutilation “tended to increase with the density of hairdressers” – suggesting the birds often lose their extremities by getting them entangled in human hair.

The team suggested that more green spaces might benefit the population of birds seen by many city-dwellers as pests.

But they do in fact serve a worthy purpose for science.

“Measuring the impacts of urban pollution on biodiversity is important to identify potential adaptations and mitigations needed for preserving wildlife even in city centres,” the team wrote.

The study was published in the journal Biological Conservation.