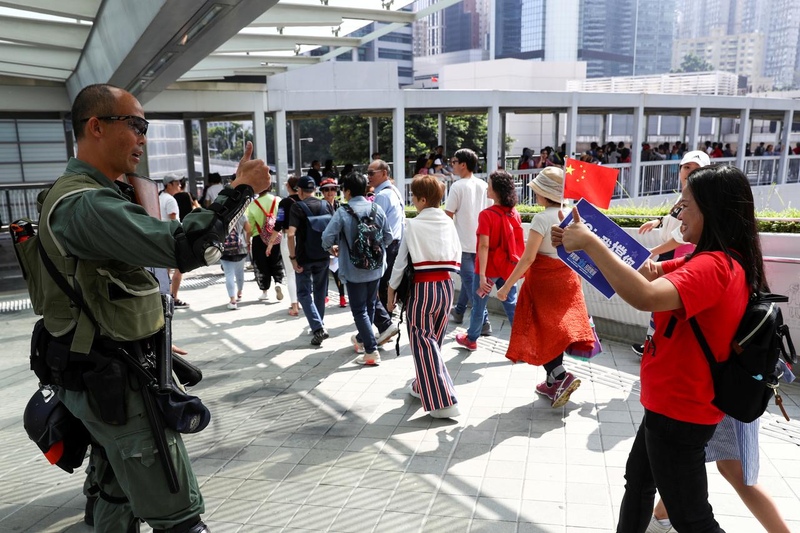 AKIPRESS.COM - Hundreds of pro-China protesters rallied in Hong Kong on Saturday to denounce increasingly violent anti-government unrest in the Chinese-ruled city and support the police who have become a prime target of attack, Rueters reports.

The former British colony has been embroiled in more than five months of demonstrations, with pro-democracy protesters angry at perceived Communist Party meddling in a city guaranteed its freedoms when it returned to Chinese rule in 1997.

Waving Chinese and Hong Kong flags, pro-China protesters gathered by the city’s legislature and police headquarters. Some held up posters stating “Police we stand with you,” while others chanted “Support the police.”

Pro-China protesters have gathered before, but in far smaller numbers than those angry at Communist Party rulers in Beijing.

Saturday’s crowd was a mix of young and elderly, some of whom had brought their children along to the rally.