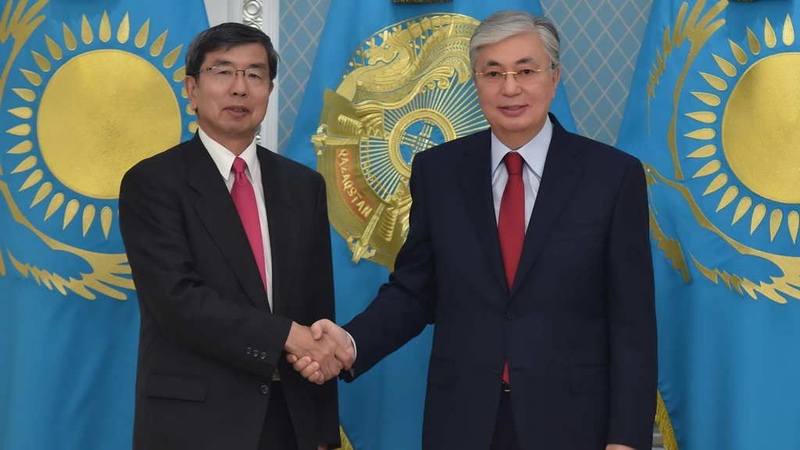 Mr. Nakao’s 2-day visit to the country marks 25 years of ADB cooperation with Kazakhstan. In his meeting with President Tokayev, Mr. Nakao congratulated the government on the successful partnership and reiterated ADB’s long-term commitment to supporting the country’s development.

“Kazakhstan was the first Central Asian country to join ADB in 1994. It is a country with a lot of potential and we have since been working together with the government to bring prosperity to the people of this nation. Moving forward, ADB is ready to support Kazakhstan’s evolving development needs as an upper middle-income country,” said Mr. Nakao.

During Mr. Nakao’s meetings with senior government officials today, he discussed ADB’s strategic engagement in fostering economic diversification, reducing inequalities, and promoting sustainable growth. Mr. Nakao is scheduled to meet tomorrow with the Prime Minister and other members of the government to discuss ADB’s operations in the country and ways to improve the country’s competitiveness going forward.

Mr. Nakao noted that Kazakhstan recorded stronger-than-expected economic growth of 4.3% in the first nine months of 2019, backed by accelerating consumption, government spending, and growth in the service sector. He stressed that maintaining macroeconomic stability is critically important to ensure the country’s sustainable and inclusive growth at a time when trade disputes and political issues across the world have increased economic uncertainty.

Since joining ADB in 1994, Kazakhstan has received $6 billion in sovereign and nonsovereign loans, guarantees, and technical assistance for knowledge work, advisory services, capacity building, and project preparation in a wide range of areas, including agriculture and irrigation, education, finance, transport, energy, health, and water supply and sanitation. ADB’s support is closely aligned with the government’s 2050 strategy to develop infrastructure, strengthen institutions, create jobs, protect the environment, and promote innovation.

Today, Mr. Nakao witnessed the signing of a $100 million-equivalent tenge denominated loan to the Housing Construction Savings Bank of Kazakhstan, backed by a guarantee of the Ministry of Finance. In an innovative step for ADB sovereign financing, the loan will be financed by issuing local currency bonds for the first time in whole ADB sovereign operations. The project, designed for promoting gender equality in housing finance, will allow more than 3,000 women, particularly in rural areas, to have access to affordable housing.

Tomorrow, Mr. Nakao and the Mayor of Nur-Sultan City Mr. Altay Kulginov are scheduled to launch an ADB-supported clean technology project that installs engine block heaters in cars to reduce the environmental impacts of starting a vehicle’s cold engine during the winter months. The technology is expected to save over 220 million liters of fuel and reduce carbon emissions in Nur-Sultan by 430,000 tons.

Recent ADB projects include strengthening access to finance for micro, small, and medium-sized enterprises, especially those located in rural areas and led by women, and modernizing transport infrastructure along the Aktobe–Makat and Zhetybai–Zhanaozen roads. ADB is supporting public–private partnerships as well as private sector projects in renewable energy, transport, health, and affordable housing. ADB also provided counter-cyclical support facilities amounting to $1 billion in 2015, which helped the country mitigate negative impacts from the economic downturn due to the decline of commodity prices.

ADB is developing a new facility, ADB Ventures, to invest in business startups and facilitate the transfer of critical technology and innovative business models. Last month, the facility offered support to a group of 13 companies in Kazakhstan as part of a pilot program in selected countries across Asia and the Pacific.

ADB is committed to achieving a prosperous, inclusive, resilient, and sustainable Asia and the Pacific, while sustaining its efforts to eradicate poverty. In 2018, it made commitments of new loans and grants amounting to $21.6 billion. Established in 1966, it is owned by 68 members—49 from the region.