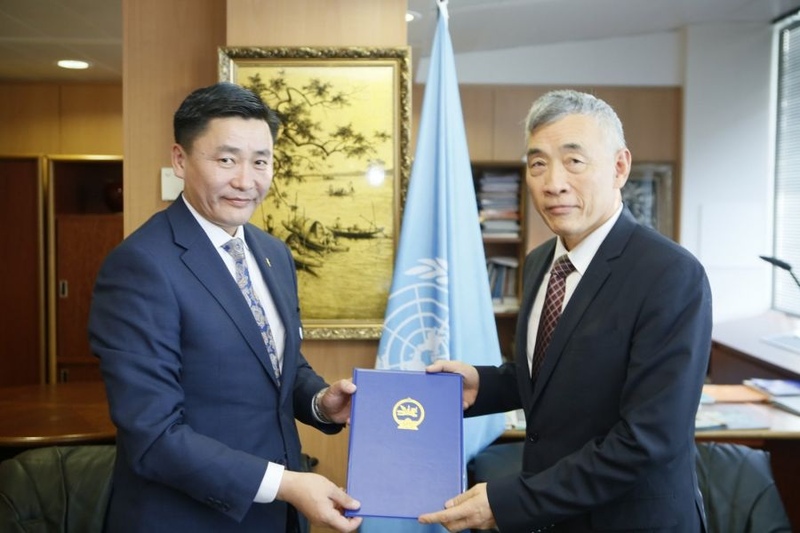 
While expressing willingness to mark the 800th anniversary of Karakorum city in 2020 with involvement of the UNESCO, Minister Yo.Baatarbileg informed that Mongolia is making an initiative to host ‘Green Festival of the International Youth’ under the auspices of the President of Mongolia and handed over the President's letter.

The Minister also held working meetings with corresponding officials of the UNESCO Cultural sector, making proposals to involve Mongolia in technical assistance project, which will be carried out for 1.5 years with funding of the European Union. The project aims to provide technical assistance to the developing countries on defining policy in cultural sector, managing the implementation for good results.

The 40th session of the UNESCO General Conference is being held in Paris.