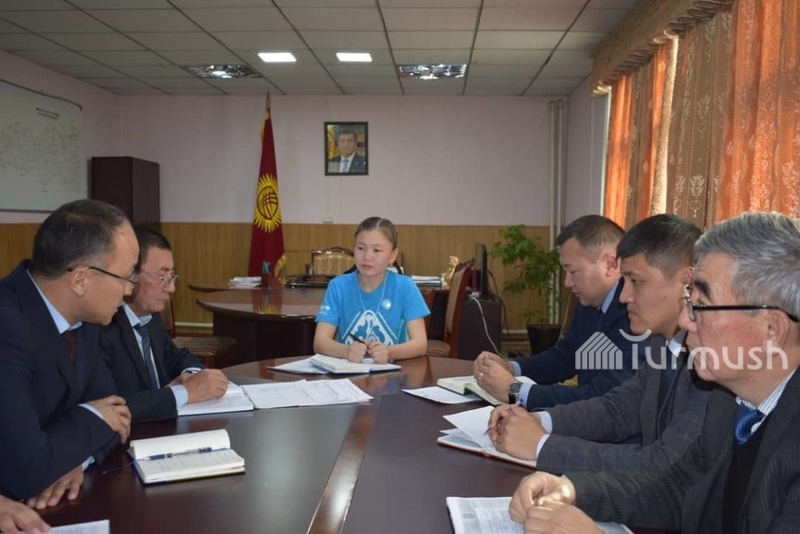 AKIPRESS.COM - A teenage girl from Isfana town acted like a governor of Batken region as part of the Children Rule campaign dedicated to the International Children's Day.

Meerim Abdumalik kyzy, 14, attends a secondary school named after Alisher Navoi. She was a governor of Batken region for 2 hours. During her tenure as a governor, she held a meeting with leadership of the administration.

She ordered the local authorities to protect the rights of children and prevent violence against them, ensure safety of residents living in border areas.

After her 2-hour job, Meerim told reporters her impressions. She said it's not easy to be a governor and that it's a big responsibility to be a governor because they must always work on meeting the residents' problems.

Chief of staff of the region's office Baktybek Toksonbayev presented gifts to Meerim. Meerim said she wants to be a diplomat she is grown up.