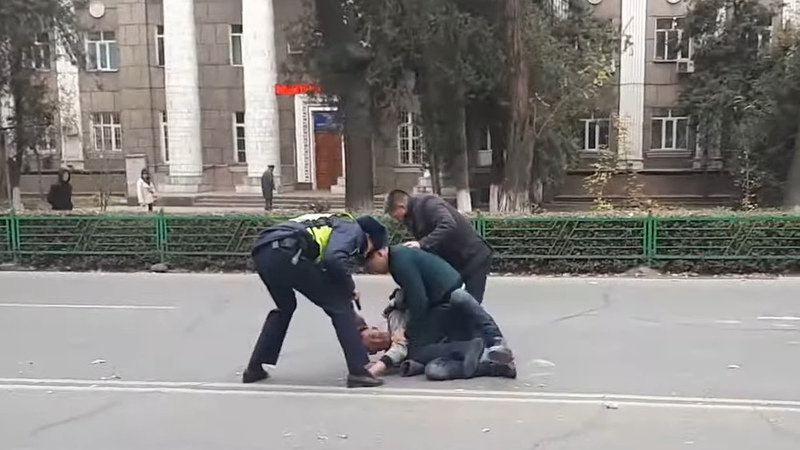 AKIPRESS.COM - Patrol police officers detained a man who attacked the passengers of the trolleybus #2 with knife in Bishkek, police said.

"The incident occurred on November 20, the man was taken to the police station," the statement said.

"I talked to the trolleybus driver, she said the attacker entered the public transport from one of the bus stops. He started acting aggressively towards other passengers and pulled out a knife. All the passengers run to the end of the trolleybus. The driver saw patrol police driving by and cried for help. Patrol police authorities detained him immediately," he said.

According to police, the detainee has mental health issues. He was taken into custody.

The moment of the suspect's detention was caught on camera. It shows how the suspect resists to police.