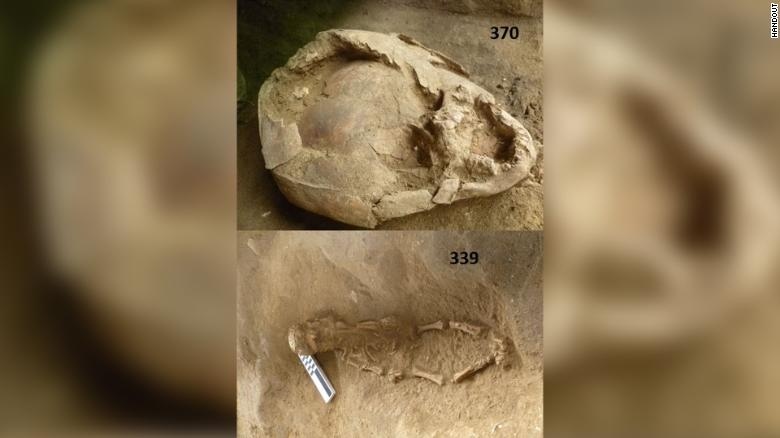 AKIPRESS.COM - Two babies from ancient South American burial mounds have been found wearing helmets made from the skulls of other children, according to new research, CNN reports.

It's the first known evidence of ancient people using children's skulls as burial headgear anywhere in the world, the researchers say in their study published earlier this month in the scientific journal, Latin American Antiquity.

From 2014 to 2016, excavations on the coast of Ecuador uncovered the remains of 11 individuals in ancient burial mounds, including two adults, one young person, and four babies. Small artifacts and shells were found around the burials.

But it was two of the infants wearing skull "helmets" found in two burial mounds dated to approximately 100 BC that really grabbed attention.

The research led by University of North Carolina at Charlotte assistant professor Sara Juengst found that one baby was 18 months old at the time of death, and was wearing parts of the skull of another child aged between four and 12 years old.

The skull was placed in a "helmet-like fashion around the head of the first, such that the primary individual's face looked through," the researchers said. A small shell and a child's finger bone was found between the skull "helmet" and the infant's head.

The other infant was aged between six and nine months old, and was wearing skull fragments of a child aged between two and 12 years old.

Researchers said the skull "helmets" likely still had flesh on them when they were put on the infants' heads, as children's skulls often don't hold together.