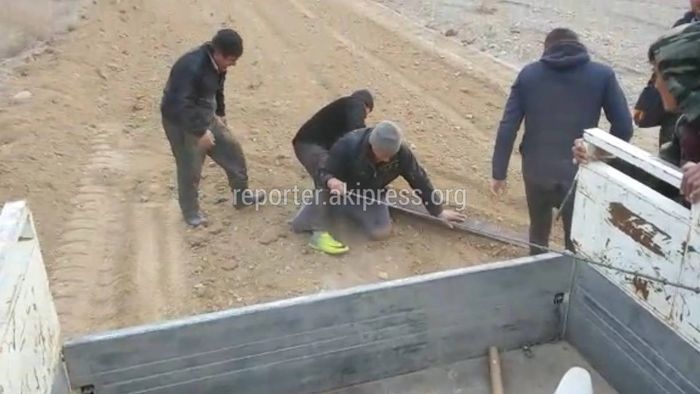 AKIPRESS.COM - People in Soviet rural municipality, Kadamjai district, Batken region, decided to repair the only road linking the municipality with the district center on their own.

The villagers have improvised the road grader.

“Before the elections, all candidates for Parliament or government officials who visited us promised to repair the road. However, noting was done yet after the elections in fact,” villagers say.

All are involved into the construction process, including men, women, youth and children.

“The repair started three days ago and we are still on it today,” the villagers said.

They ask the government to pay attention to the problem.