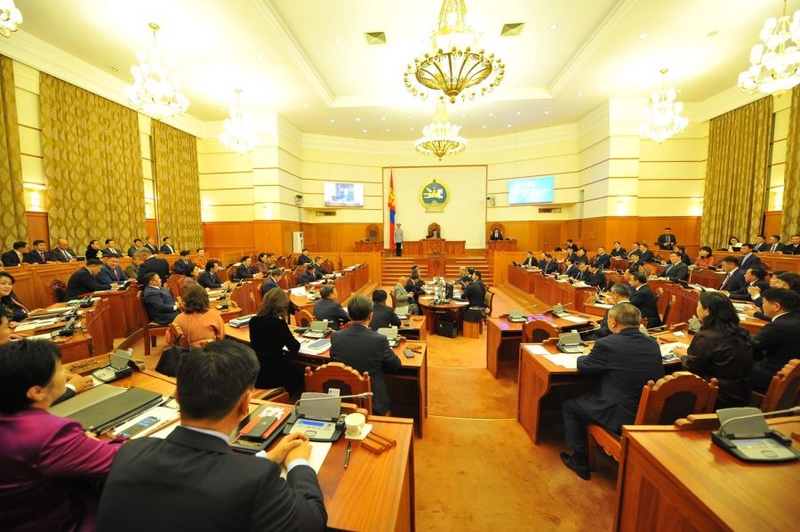 AKIPRESS.COM - The Parliament unanimously approved a draft resolution aimed at protecting the rights and interests of Mongolian people in the exploitation of Oyu Tolgoi deposit, Montsame reports.

A total of 46 members of the Parliament present at the session voted in favor of the resolution approval. The resolution has eight articles to ‘improve agreements regarding the Oyu Tolgoi.

Based on the conclusion and proposals by a working group in charge of taking control on the implementation of Oyu Tolgoi Investment Agreement and other relevant contracts on the exploitation of Oyu Tolgoi deposit in the Umnugobi province, a team of Parliament members drafted the resolution, reflecting measures to improve the agreements in line with legislation of Mongolia.

The resolution states to take actions to improve the following documents in the scope of the corresponding Parliament resolutions and domestic laws:

In particular, the resolution rules the government of Mongolia to take complex measures to:

- study possibilities of resolving investment for 34 percent of shares owned by the Government of Mongolia through mineral production sharing agreement or royalty fees for the purpose of keeping the benefits to be gained by Mongolian side at not less than 53 percent, as reflected in the Investment Agreement.

- formulate technical and feasibility studies on the mineral reserves of the deposits,

- reinforce the financial and human resource capacity of the Mongolian representation in the project.