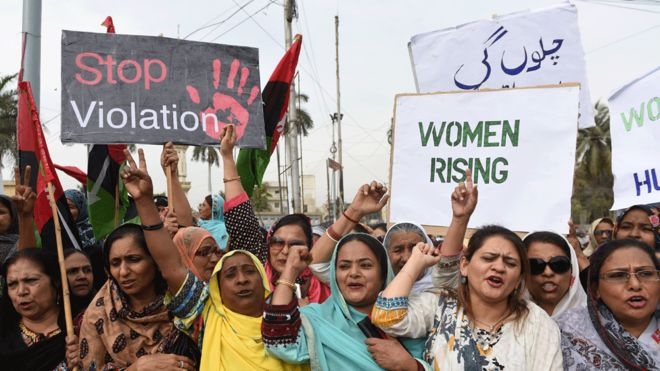 AKIPRESS.COM - The Arts Council of Pakistan has been forced to backtrack after it emerged that a discussion on feminism it is hosting was to have an all-male panel, BBC reports.


An outcry on social media resulted in two women guests being added, and Friday's event in Karachi was renamed.

The original title, Feminism: The Other Perspective, drew derision and has now been recast as Understanding Feminism.

Organisers say male decision-makers were to share views on feminism, but many critics questioned the very idea.

The only woman included in the original line-up was discussion host Uzma al-Karim, whose name was put at the bottom of the promotional literature.