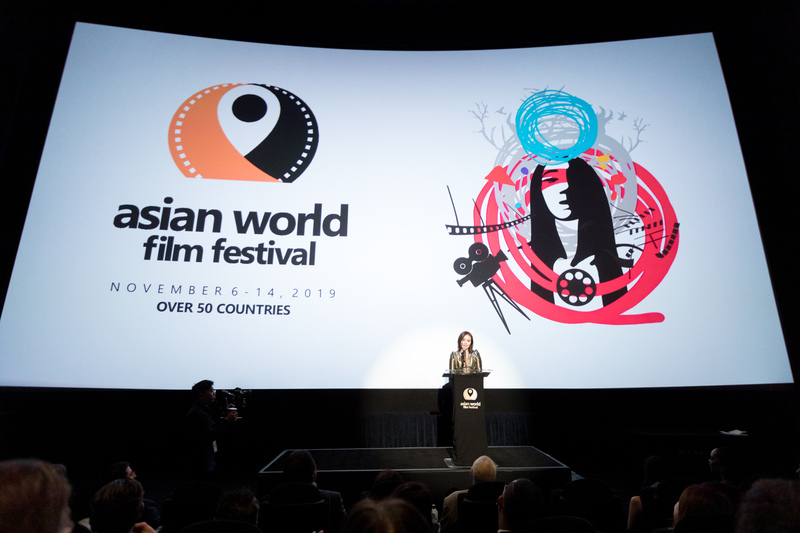 AKIPRESS.COM - Once again, the Arclight Cinemas in Culver City hosted the Asian World Film Festival (AWFF), November 6-14, 2019. Now in its 5th edition, AWFF featured films from more than 50 countries from the entire Asian continent, from the Middle East to Japan, Russia to South-East Asia, according to Golden Globes.


Surprisingly, the origin of AWFF is Kyrgyzstan. It is created under the auspices of a nonprofit company, Aitysh USA, an offshoot of a Kyrgyz film company, which was established in order to support the new generation of filmmakers in that country. In the US, however, the scope and vision expanded through AWFF in order to embrace Asia in general.

The fact that the program is primarily compiled by films submitted for an Academy and/or a Golden Globe Award not only sets this event apart from other local foreign film festivals but also provides the key solution to covering an entire continent. Lebanese-American Executive Director Georges Chamchoum fosters an inclusive attitude toward a multitude of other such events in town. Some of the festival’s affiliates are the Arab, Chinese, Russian, Taiwanese Film festivals, and more.

Due to a very hospitable climate for all things Asian in Los Angeles as well as the organizers’ ingenuity, the festival has grown by leaps and bounds over the last five years, and it now enjoys an eager and diverse audience. “The battle isn't won”, said Chamchoum, “but we are on the right track. Five years ago hardly anyone heard of Yakutia, Buryatia, Bashkortostan... to name but few. Our audiences have discovered these far-horizon Republics! A discovery of Asia and Asian Cultures! Our biggest satisfaction is to hear the word "inspiring" after each screening.”

A brisk opening night ceremony honored actors Nancy Kwan and Hiroyuki Sanada with the Snow Leopard Lifetime and Outstanding Cinematic Achievement Awards respectively. Nancy Kwan played a pivotal role in the inclusion of actors of Asian descent in Hollywood when she was first cast in the leading role in The World of Suzie Wong (1960), for which she received a Golden Globe nomination. An elegant presence, Kwan stressed the importance of commitment for the new Asian filmmakers during her acceptance speech. Widely known for The Twilight Samurai (2002) and the epic The Last Samurai (2003), in which he had a supporting role opposite Tom Cruise, as well as more recent blockbusters, Sanada accepted his award in typical Japanese fashion, humbly and with a sense of gratitude.

A film from the scarcely populated far eastern Russian republic of Yakutia, The Sun Above Me Never Sets, won the best feature award. It is a heart-warming story about an unlikely friendship between a young millennial and an old man who lives alone in a remote island. The audience, best director award (Tito Tsintsadze), and special jury awards went respectively to 1982, Lebanon’s Oscar entry and Golden Globe submission, a coming-of-age story in the midst of the 1982 invasion of Lebanon; Shindisi, the Oscar and Golden Globe entry from Georgia, a story about the effects of the Russo-Georgian war in 2008; and the Kyrgyz Oscar entry, Aurora, about a Soviet-era sanatorium that still stands.

In addition to a rich film line-up, AWFF offered several industry discussions at the hospitality suites in the historic Culver Hotel across from the Arclight Cinemas. Film financiers and executives discussed several timely issues such as the future of film financing, Asian-American co-production, global streaming, and more. Furthermore, participating filmmakers from India, China, Cambodia, Lebanon, and Malaysia shared their production experiences in a panel.

In a special HFPA panel, Hollywood Foreign Press Association members Lena Basse, André Guimond, and Sergei Rahklin answered questions about the guidelines for submitting foreign films for Golden Globe consideration. An HFPA Scholarship of $5,000 was given to My Friend-My Enemy from Kyrgyzstan selected from a field of 12 short films. The young female director, Suium Sulaimanova, made the 3-minute film in 48 hours with no budget. The win “was such an inspiration,” said the festival’s Co-Founder and Managing Director Asel Sherniyazova, “proving that vision is most important, and you don't have to spend a lot of money to impress even HFPA members!”