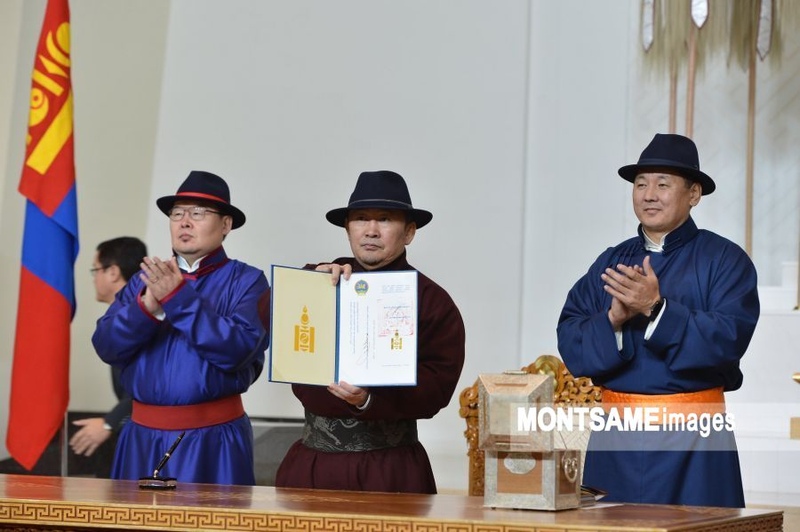 AKIPRESS.COM -  President of Mongolia Khaltmaagiin Battulga on November 26 endorsed the Constitutional amendments that were approved by the parliament, Montsame reports.


Discussions for the constitutional amendment bill submitted by 62 MPs were held 36 times for a total of 105.9 hours. Covering 28.5 percent of the Constitution, the amendment was approved by the parliament on November 14.

The matter of adjusting the Constitution of 1992 to the needs of modern times has been discussed for the last 11 years, with bills submitted by MPs four times. President Kh.Battulga highlighted that the amendment to the Constitution has fulfilled the needs to a certain extent.

He then continued to say he considers it right to endorse the amendment made to the Constitution in order to prioritize the country’s rights and national unity, despite not including various other matters, such as changes to improve the electoral system.

Thus, the Constitutional amendments have been endorsed on the 95th anniversary of the adoption of the first Constitution, and the proclamation of the Mongolian People’s Republic. Speaker of Parliament G.Zandanshatar, Prime Minister U.Khurelsukh, MPs, and cabinet members were present at the ceremony.