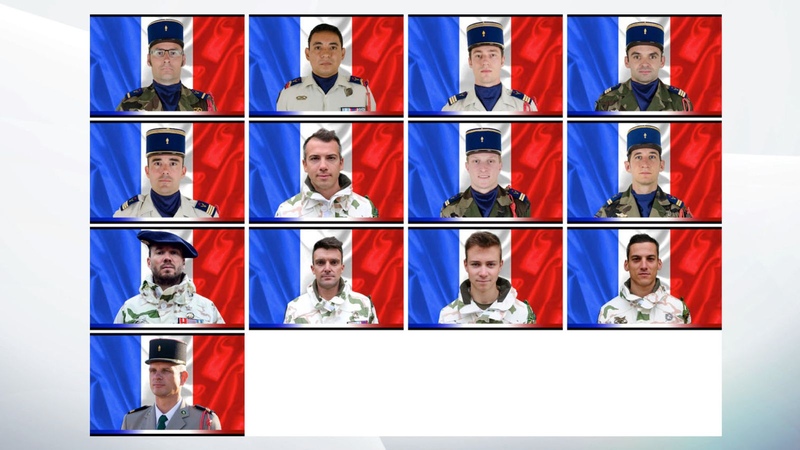 
No one survived the crash which happened as the aircraft were flying very low and "in total darkness" - making the operation more complex.

This is the deadliest incident involving the French military since 1983, when 58 paratroopers were killed in a truck bombing in Lebanon.

The troops who died in Monday's tragedy in the Liptako region near Niger were helping French commandos on the ground hunting down a group of extremists.

French President Emmanuel Macron expressed his "deep sadness" and called the soldiers "heroes" who "had only one goal: protecting us".

The flight data recorders have been found and an investigation is under way.
The soldiers were chasing fighters with the Islamic State in the Greater Sahara, which is linked to IS.