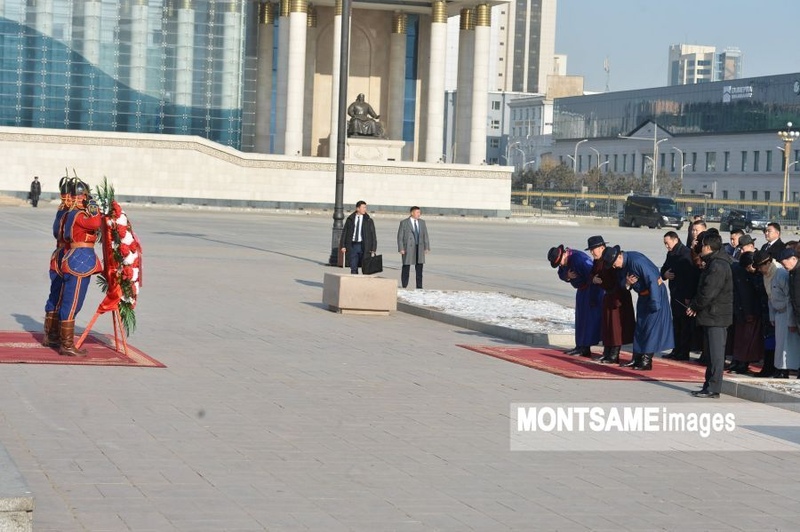 AKIPRESS.COM - On the occasion of the 95th anniversary of the adoption of the first Constitution of Mongolia, and the proclamation of the Mongolian People’s Republic, President Khaltmaagiin Battulga, Speaker of Parliament G.Zandanshatar, and Prime Minister U.Khurelsukh laid wreaths and paid respects to the Statue of General D.Sukhbaatar and the Statue of Genghis Khan, Montsame reported.


The ceremony on November 26 was attended by Members of Parliament, cabinet members, and civil representatives.

The first State Great Khural (Parliament) passed the first Constitution of Mongolia on November 26, 1924. With the first constitution in effect, Mongolia transitioned from a monarchy to a republic.