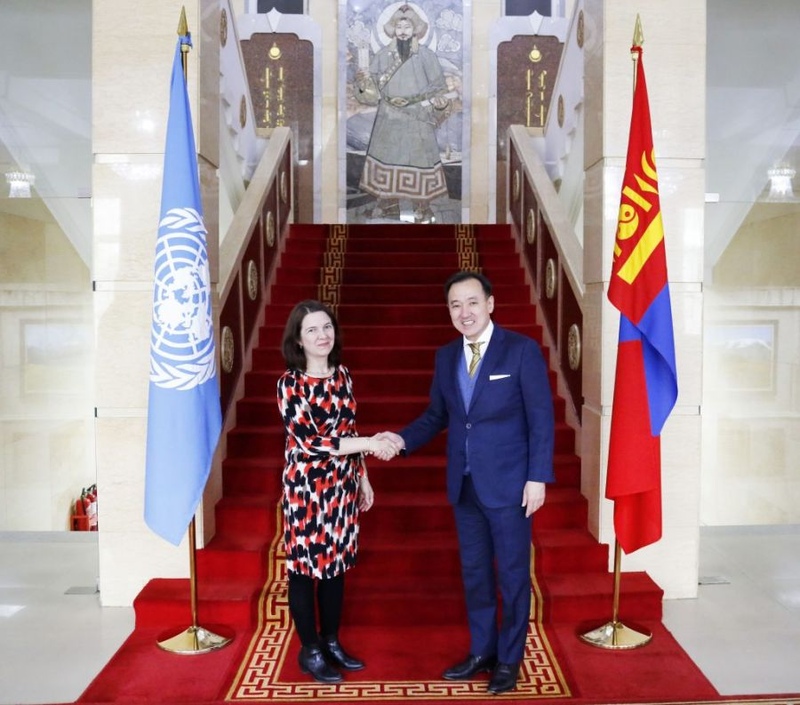 
After the presentation of credentials, Ms. Conkievich and the Minister exchanged views on the state of cooperation between the Government of Mongolia and UNDP covering a number of topics such as youth and women empowerment, peace and good governance, environment as well as UNDP’s other efforts in accelerating Sustainable development goals in Mongolia.

Noting that consistent support the United Nations for social and economic goals of Mongolia, Minister D.Tsogtbaatar pledged to cooperate with the UNDP bolster up its activities in Mongolia. He further expressed the readiness to continue the partnership with the UNDP in reduction of air pollution, strengthening of environment friendly strategies, introduction of green technology and co-organizing Peacebook forum.

After mentioning that the UNDP gives priority to achieving gender equality and youth capacity building, Ms. Conkievich said that she is committed to develop cooperation between Mongolia and UNDP and to ensure implementation of UNDP projects and programs in Mongolia.

Ms. Conkievich is the first person to hold the position of UNDP Resident Representative in Mongolia without also simultaneously holding the position of UN Resident Coordinator. The delinking of the two roles - UNDP Resident Representative and UN Resident Coordinator - is a key part of the United Nations Development System reform process which was initiated in 2017 by the current UN Secretary-General Antonio Guterres.

Ms.Conkievich is a United States national and has more than 25 years of experience in international development and has worked as the Country Representative for UN Women in Kazakhstan most recently.