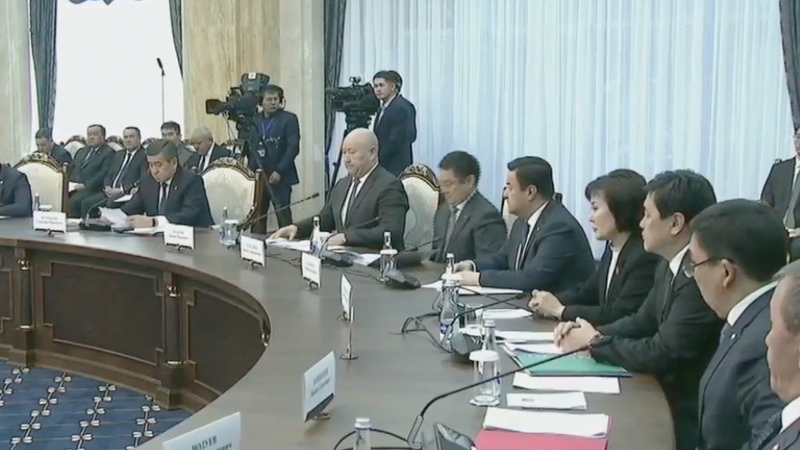 AKIPRESS.COM - President Sooronbai Jeenbekov has introduced members of the official delegation of Kyrgyzstan at the 5th session of Kyrgyzstan-Kazakhstan Supreme Interstate Council today.

Thus, the session is attended by: