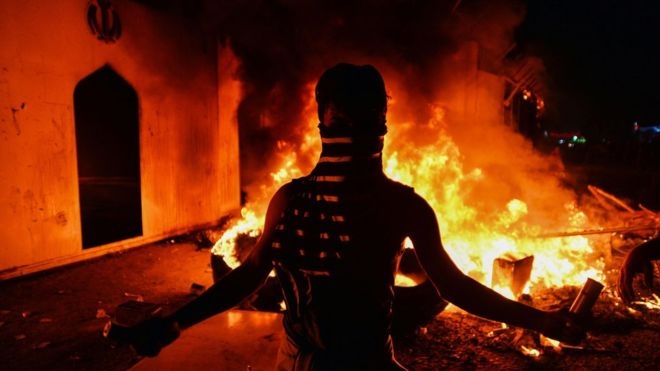 AKIPRESS.COM - At least 13 people have been killed in Iraq in a fresh wave of protests in the southern city of Nasiriya, BBC reports.

Iraqis have been taking to the streets to demand more jobs, an end to corruption, and better public services.

The Iraqi military announced it was setting up military "crisis cells" to quell unrest.

The military command said an emergency unit had been created to "impose security and restore order".

"On the orders of the commander in chief of the armed forces, Prime Minister Adel Abdel Mahdi, some military commanders have been appointed to this unit to direct and control all security and military forces and assist the governors in their mission," it said in a statement.