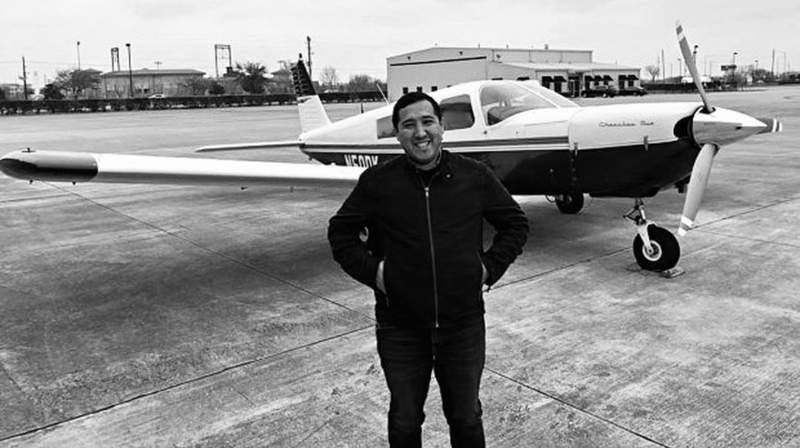 Anson Aviation, a flight training school in Sugar Land, Texas, posted this photo of Otabek Oblokulov to Facebook earlier this year congratulating him on the purchase of his first plane, a Cherokee Six. (Facebook/Anson Air)

AKIPRESS.COM - A pilot from Houston, Texas, his family and two adults from Canada died in a small plane crash in Kingston, Ont., Wednesday evening, CBS reports.

Pilot Otabek Oblokulov, his wife, their children ages three, 11 and 15, and another adult couple, Bobomurod Nabiev and his wife who lived in the Toronto area, all died on board, friends of the victims told CBC News.

Nabiev and his partner were permanent residents of Canada and originally from Uzbekistan.

Mehmet Basti, a friend of the Oblokulovs, said the family was planning to stopover in Kingston on Wednesday night.

The plane made contact with Kingston's flight service station — a facility that provides information to pilots — before crashing sometime after 5 p.m. ET in a heavily wooded, swampy area in the city's northwest, said theTSB.