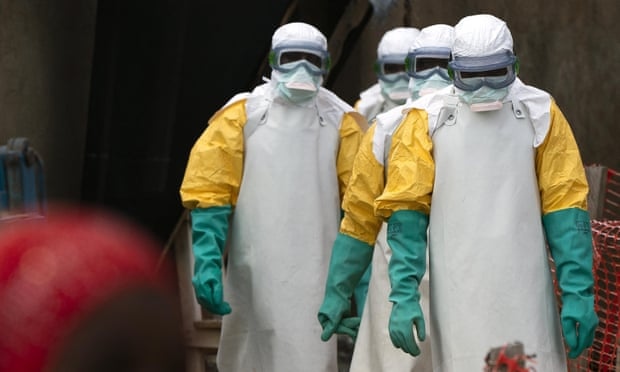 AKIPRESS.COM - Four health workers fighting the Ebola outbreak in the Democratic Republic of the Congo have been killed and five injured in an attack by rebel militia, the World Health Organization has said, Guardian reports.


The attacks occurred early on Thursday morning in the restive east of the vast central African country.

“We are heartbroken that people have died in the line of duty as they worked to save others,” said Dr Tedros Adhanom Ghebreyesus, the WHO’s director general. “The world has lost brave professionals.”

Casualties include a member of a vaccination team, two drivers, local officials, a UN staff member and a police officer.

The campaign against the epidemic has shown signs of progress in recent months. In the past week, seven cases of Ebola were recorded, down from a peak of more than 120 a week in April 2019, health officials said.

The outbreak of the virus has killed 2,198 people in North and South Kivu and Ituri provinces since 1 August 2018, according to the latest official figures.

It is the second deadliest outbreak ever. The worst struck west Africa between 2014 and 2016, claiming more than 11,300 lives.