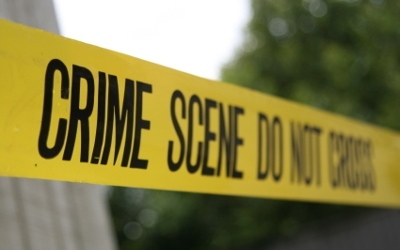 AKIPRESS.COM - ntelligence-led policing (ILP) as a modern approach to contemporary law enforcement management that combines intelligence gathering and analysis with informed decision-making procedures was focus the of an OSCE workshop in Bishkek on 28 November 2019.

Some 25 senior representatives and managers from Kyrgyzstan’s Ministry of Internal Affairs, the Ministry’s Training Centre and the General Prosecutor’s Office took part in the event organized by the Strategic Police Matters Unit of the OSCE’s Transnational Threats Department (SPMU), in close co-operation with the OSCE Programme Office in Bishkek.

Participants were introduced to the OSCE Guidebook on Intelligence-Led Policing and familiarized with experiences, good practices and lessons learned from implementing ILP in Serbia and Sweden.

“With the growing complexity of crime, the police need to adopt a more proactive approach, which prevents rather than only reacts to criminal acts. Just as in other areas of our lives, information and data play an increasingly important role in this regard,” said Alexander Eliseev, Head of the Politico-Military Department at the OSCE Programme Office in Bishkek.

Arnar Jensson, ILP Project Manager at SPMU, said: “ILP ensures that strategic decision-making as well as operational planning of law enforcement work is based on empirical evidence. This makes it not only more effective and efficient but also more accountable and transparent.”

During the discussions about the prospects of adopting a more proactive policing model in Kyrgyzstan, participants stressed the need to enhance inter-agency co-operation among the country’s law enforcement bodies, further develop and integrate databases from various agencies, update the legislative framework, and train the relevant practitioners. A summary of key findings and outcomes from the event will be shared with Kyrgyzstan’s authorities.

The event was a part of a series of national and regional training workshops organized by SPMU under its extra-budgetary project on ILP.

As the mass media were not included in the list of permitted activities during the state of emergency in Kyrgyzstan, AKIpress apologizes to its readers for reduced promptness and coverage of news.
Related content
Kyrgyzstan hosts regional meeting on export control for licensing and customs authorities in Central Asia
Cooperation with OSCE Programme Office with Kyrgyzstan on high level in all areas – Chief of President's Administration
OSCE supports Kyrgyz government's efforts to develop unified registry of crimes and misdemeanours