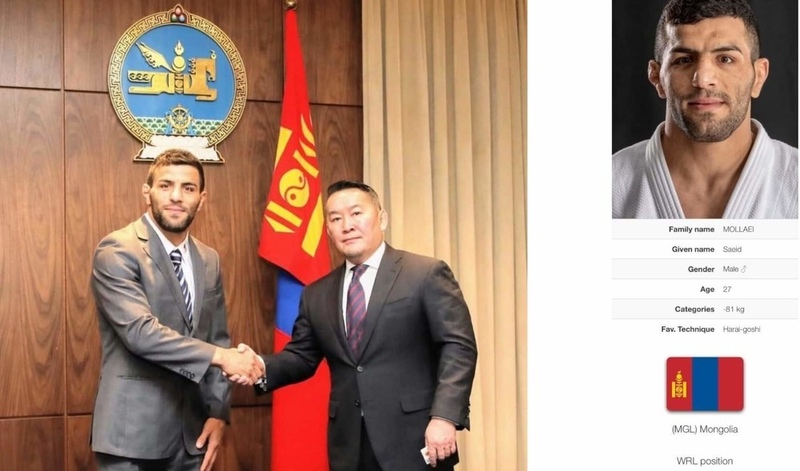 AKIPRESS.COM - The Iranian judoka Saeid Mollaei is going to fight for Mongolia at the Masters in Qingdao, Judo Inside.com reports.

Mollaei visited the President of Mongolia, the former Judo Association President Khaltmaagiin Battulga, who handed out the passport to the 2018 World Champion, who fled from Iran and was promised a German citizenship recently.

In Qingdao, Mollaei was supposed to fight under the International Refugee Team. However, at the website of the IJF you already see him in the team of Mongolia to confirm the transfer of the year.

Mollaei, who is still ranked World Number three, should normally lose his points once switching to another country. In the ranking he is linked to IRT, the international Refugee Team. In his category U81kg the first Mongolian fighter is Otgonbaatar Uuganbaatar at place 17 and Nyamsuren Dagvasuren is ranked 27th. It is a remarkable move made possible by the powers of the Mongolian President himself.