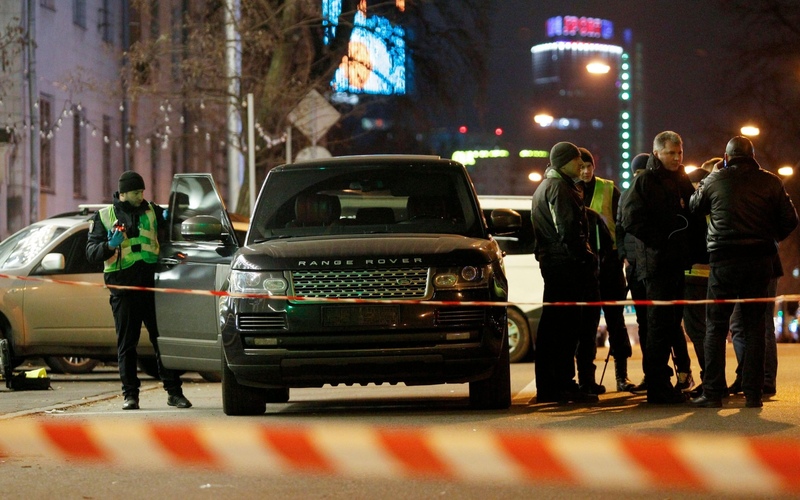 AKIPRESS.COM - A three-year old son of a Ukrainian lawmaker was shot dead in the capital Kyiv Sunday evening in what police described as an assassination attempt on his father, Telegraph reports.


The toddler, identified as Oleksandr, was shot in the head and died on the way to hospital after an unknown attacker shot at the SUV that his father Vyacheslav Sobolev was driving, police said on Monday.

The toddler’s killing echoes grisly assassinations that began in Kyiv shortly after Russia annexed Crimea in 2014.

In 2016, investigative journalist Pavel Sheremet was killed by a car bomb, and in 2017, exiled Russian lawmaker Denis Voronenkov was shot dead on a street by a hired assassin.

Kyiv police chief Andriy Kryshchenko told a news briefing on Monday that two suspects, aged 18 and 19, have been detained and were now being questioned.

He did not specify their roles in the killing but said that the assassin was waiting for Mr Sobolev’s car in a nearby building and shot when it pulled up at the traffic light.

Police officials would not speculate on the killer’s motives but said that they were looking into a possible business or family dispute.

Ukraine’s Deputy Interior Ministry Anton Herashchenko told local television on Monday that “Sobolev was the target” of the attack but would not provide a specific theory.

Police refused to comment on reports in Ukrainian media that the two suspects had served in Ukrainian volunteer battalions that fought Russia-backed separatists in eastern Ukraine.

Mr Sobolev, a 47-year-old member of the Kyiv city council, is mostly known for his business deals in eastern Ukraine which is now partly under control of Russia-backed separatists.

Mr Sobolev co-founded a popular supermarket chain in eastern Ukraine’s capital Donetsk in 1997, and he owns a popular restaurant in Kyiv.

Ukrainian prosecutors in 2016 opened a criminal inquiry into suspected ties between Mr Sobolev’s supermarket chain Obzhora and the Russia-backed separatists in the area. Mr Sobolev insisted that he sold off his stake in Obzhora in 2007 and no longer had any ties to it.

The politician also served as an executive at Ukraine’s state-owned energy company Naftogaz in 2011-2012.