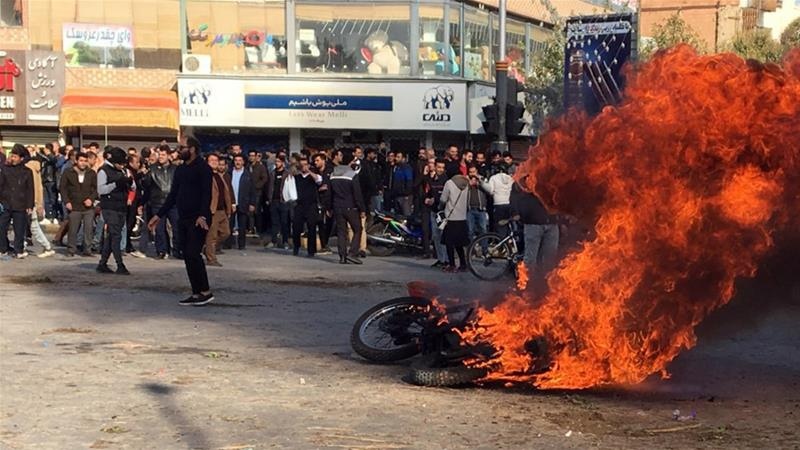 AKIPRESS.COM - At least 208 people are believed to have been killed in Iran during a security crackdown on protests that came after a surprise petrol price increase, Amnesty International has said.

In a statement on Monday, the United Kingdom-based rights group said the "alarming" death toll was based "on credible reports" it had received, adding that the actual figure was likely to be higher.

Amnesty said there have been "dozens of deaths" in Shahriar city in Tehran province. It did not provide a location breakdown for the number of people killed in other parts of the country.

Iran, which has not given a definitive death toll, has previously rejected Amnesty's figures.

Demonstrations broke out in mid-November following an abrupt decision by authorities to roll out a petrol-rationing scheme and slash subsidies as part of efforts to offset the effect of punishing US sanctions. The move sent prices by at least 50 percent.

Iran has accused "thugs" linked to its rivals for the unrest, which it described as the work a "very dangerous conspiracy". Some 200,000 people took part in the protests, according to officials, while hundreds of banks and government sites were torched. A legislator was quoted as saying this week that 7,000 people were arrested by authorities, who also shut down the internet for almost a week.