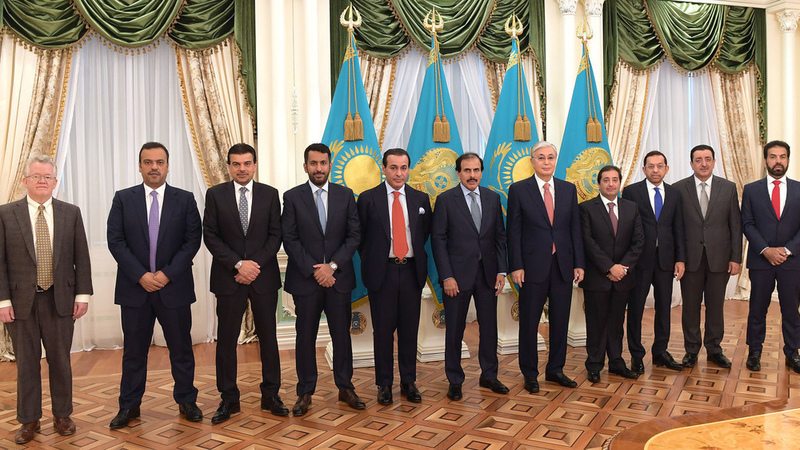 AKIPRESS.COM - President of Kazakhstan Kassym-Jomart Tokayev met with a delegation of financial circles of Qatar headed by Governor and Chairman of the Board of Directors Sheikh Abdullah Al-Thani, Akorda reported.

They discussed cooperation in the finance, investments and within the Astana International Financial Center.

The head of state noted that the visit of Qatar delegation should give a special impetus to the development of mutual cooperation.

“In June early this year, I had a meeting with His Highness, Emir of Qatar in Dushanbe, and we agreed that we need to take concrete and positive steps to build a very solid bridge between the both states. I invited him to come to our capital to pay an official visit. But at the same time, we need something substantial. So I believe that your visit in this respect, of course, will be extremely important,” Tokayev said.

Governor and Chairman of the Board of Directors Sheikh Abdullah Al-Thani on behalf of his country's leadership conveyed greetings to the President, Government and people of Kazakhstan.

He also expressed hope that the prompt launch of direct flights between the two countries will facilitate trade, economic and investment cooperation.