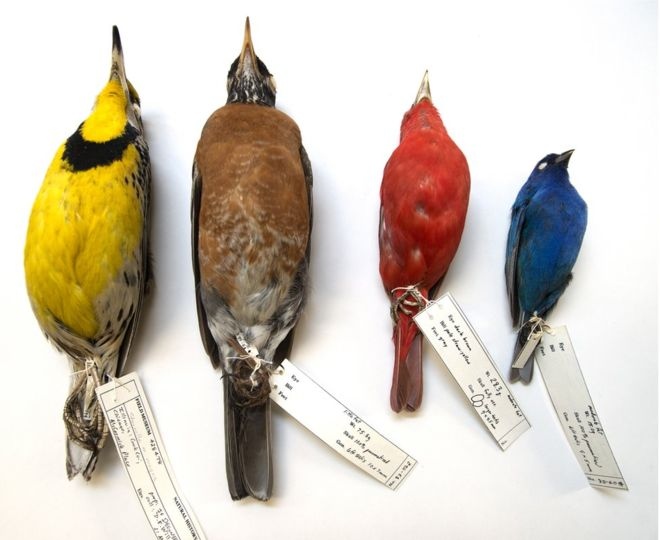 AKIPRESS.COM - As the climate warms, birds are shrinking and their wingspans are growing, according to a new study.

The birds had died after colliding with buildings in Chicago, Illinois.

The authors say the study is the largest of its kind and that the findings are important to understanding how animals will adapt to climate change.

"We found almost all of the species were getting smaller," said lead author Brian Weeks, an assistant professor at the school for environment and sustainability at the University of Michigan.

"The species were pretty diverse, but responding in a similar way," he said. "The consistency was shocking."

He said studies of animal responses to climate change often focus on shifts in geographical range or timing of life events, like migration and birth. But this study suggests body morphology is a crucial third aspect.